We all have leftovers every now and then. This dish was inspired by having bulgar sitting in the fridge along with some muhammara sauce just laying there. My husband was actually the one who recommended to just combine the two; he is genius I tell you. Ha 🙂 So for those of you who have no idea what bulgar or muhammara is; I will introduce them to you. Muhamarra is a Middle Eastern red pepper dip and bulgar is a grain used predominantly in the Middle East as a rice substitute. Alone, bulgar can taste bland so it made sense to add a spicy red pepper & walnut sauce to it and just take it to another level. Now let’s get started!

1 cup of cooked bulgar (you can use rice)

3 tablespoons of muhammara ( you can use any sauce you like)

Preheat your oven to 400 degrees. Take your bell peppers and cut the top off and clean out the seeds from the inside.

In a pan on medium to high heat, place your ground turkey with all the seasonings listed above and let that cook for about 8 minutes.

Mix your bulgar or rice with the sauce you prefer; I used the muhammara because there was some leftover in my fridge. The recipe for muhamarra is on the blog if you would like to check that out! You don’t need to use a red sauce; you can use a garlic mixture instead. That would be just as good.

Now you should have your rice mixture ready and your ground turkey concoction ready as well. Combine both in a bowl.

Take your bell peppers and spread olive oil on the outside of the pepper as well as salt & pepper. Stuff your peppers with the ground turkey & bulgar or rice and place on a pan sprayed with olive oil.

Place the peppers on the pan standing and cook for about 20 minutes till the pepper is tender and has a light caramelized color.

15 minutes into the cooking process; take the pan out and place the cheese on top of the peppers to melt and place back in the oven for the remaining 5 minutes.

Garnish with cilantro and you have yourself a hearty healthy meal! 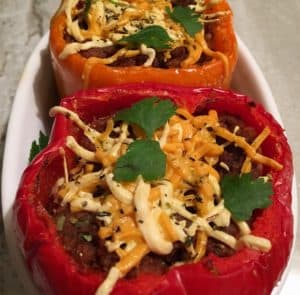 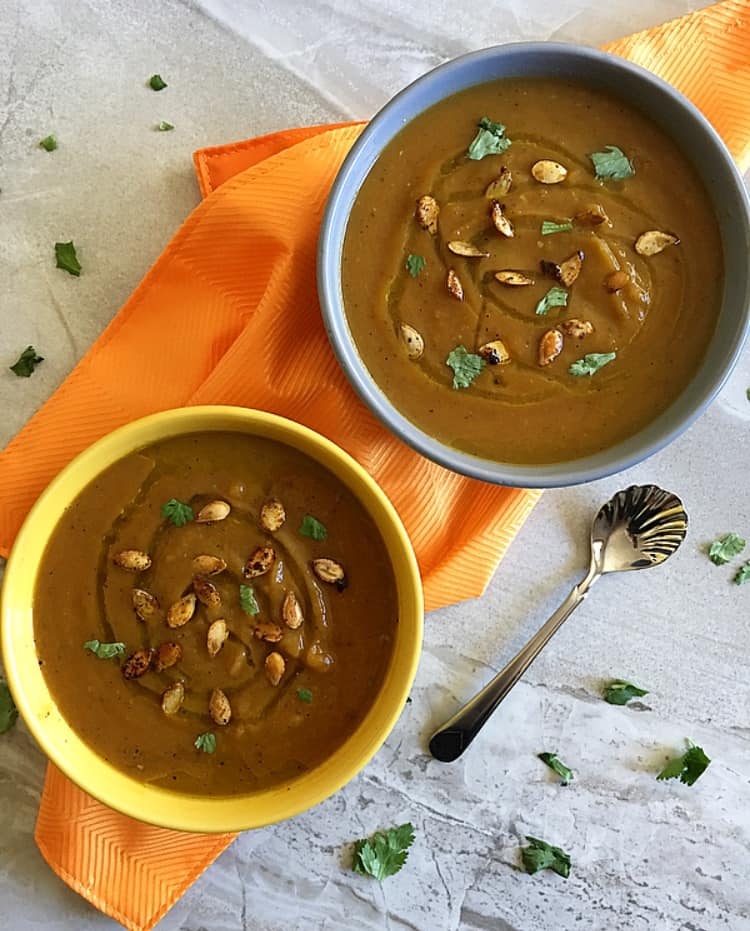 Hello everyone! If you guys haven’t noticed yet, I am completely OBSESSED with butternut squash. Hence, why I have uploaded a few recipes using this marvelous vegetable. Today, I will be sharing with you this super yummy and easy butternut squash soup which is basically Fall in a bowl! I will be honest and say… 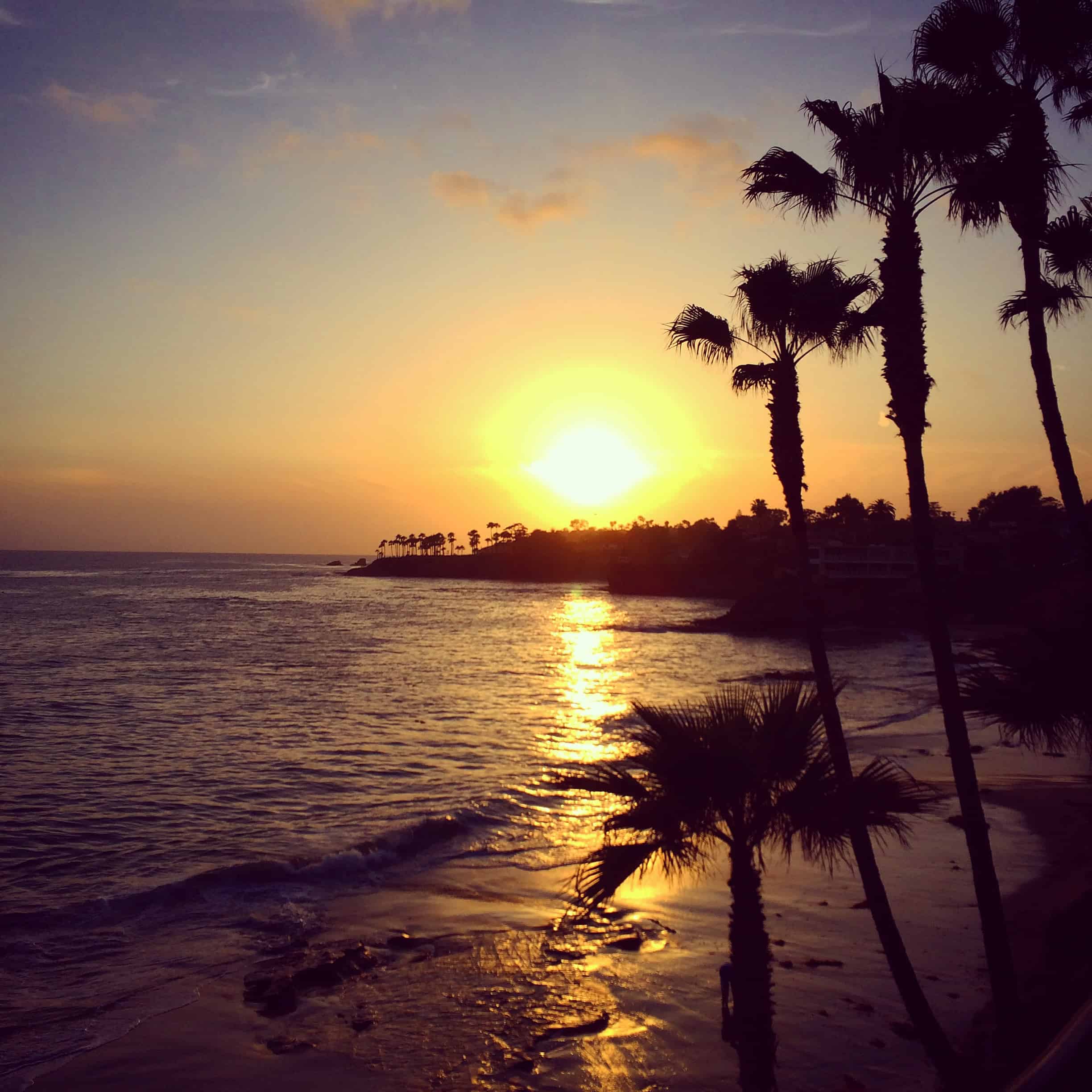 Hi my friends! How are you all doing? I’ve been meaning to write this post for a while now but never got around to it. I told myself that I need to sit down and finally put it together. My hubby and I went to California a little over a month ago and it was… 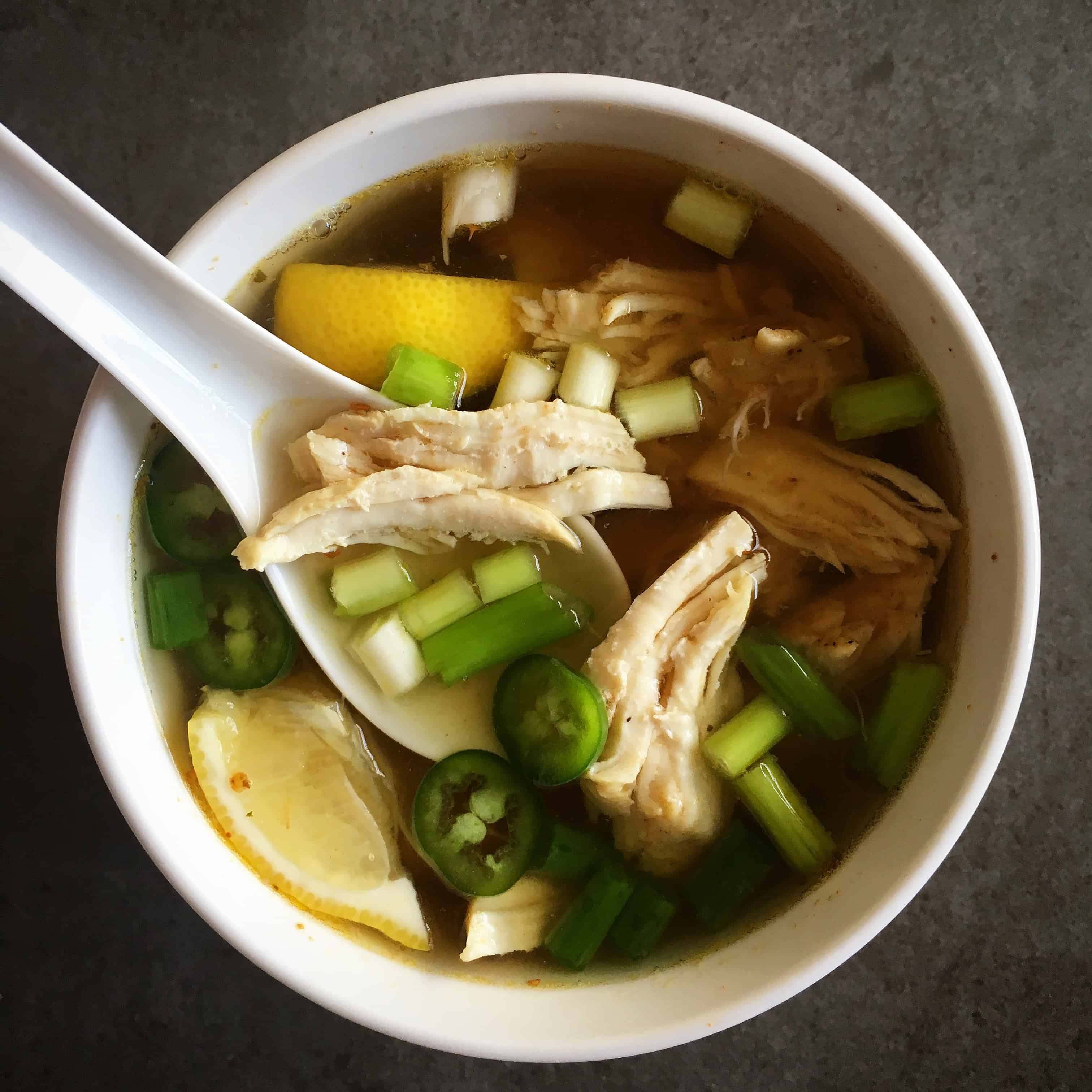 Hi everyone!! Hope you are all well. I’ve been looking forward to sharing this multi use recipe all week! No slow cooker needed to make this delicious tender shredded chicken. All you need is one large pot and just several other ingredients that you will most likely have in your pantry. Shredded chicken can be… 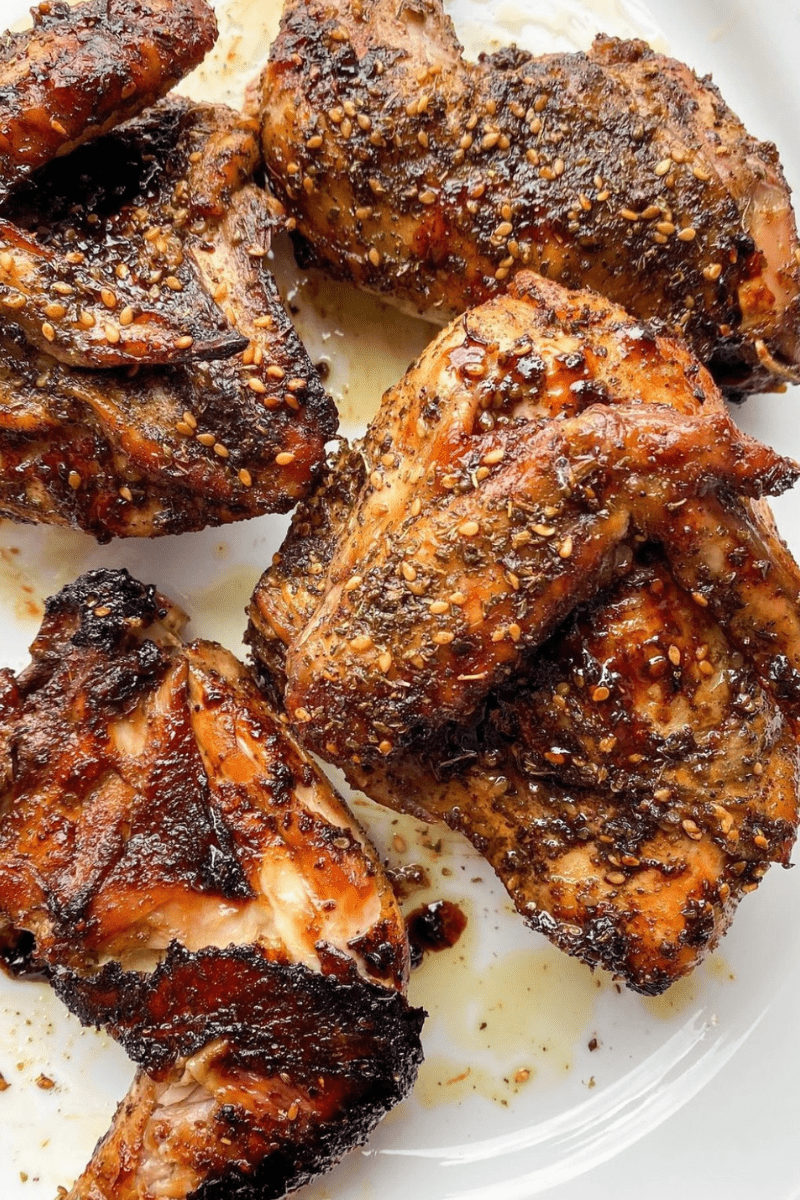 I grew up enjoying Za’atar on almost anything including chicken. This baked za’atar chicken is a mouthwatering bite of flavors that are tangy. slightly sweet, and perfectly savory. The chicken is unbelievably juicy and quite literally falls off the bone. This is one of those dishes you prepare and forget about in the oven to… 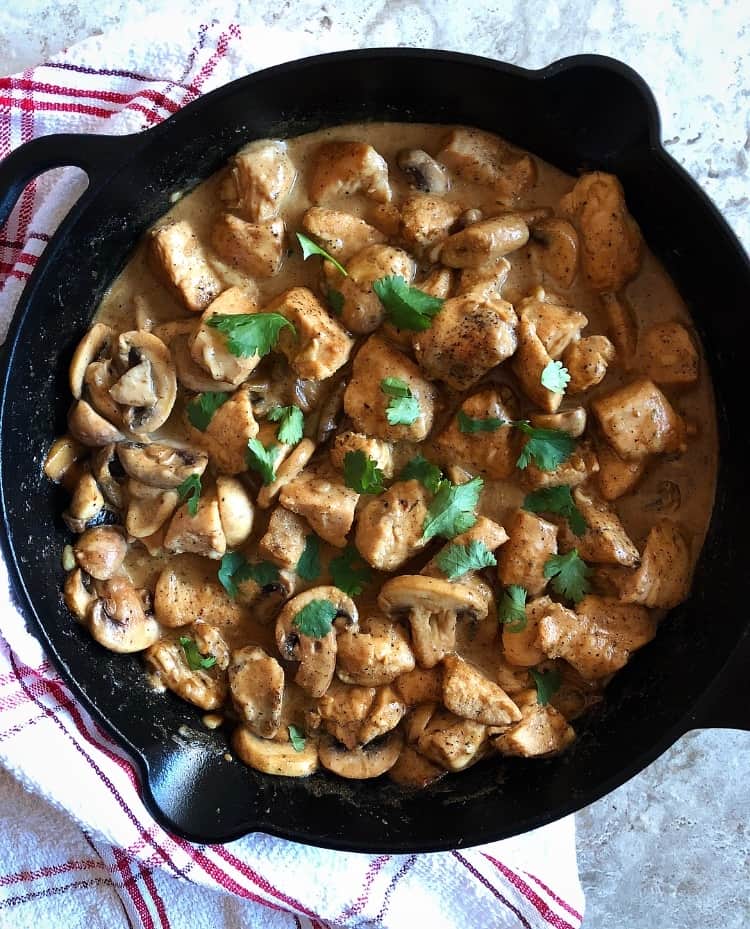 Hi my lovely friends! Happy Monday 🙂 Lets make this week a great one! So, as of yesterday, my husband and I decided to try Keto. For those who don’t know what Keto is, its basically an extremely low carb diet and a majority of the food eaten is good fat and the rest is…

Recently, my husband and I have decided to put rice, pastas, and bread aside. We wanted to implement more vegetables and proteins into our diet instead. At first, I was a bit intimidated…How am I going to cook 3 meals a day without rice, pasta, or bread?? I accepted the challenge and to be honest…

You may be wondering where Fufu came from; it is actually a nickname my dad gave me from adolescence and it stuck even now in my adult years! More about me… 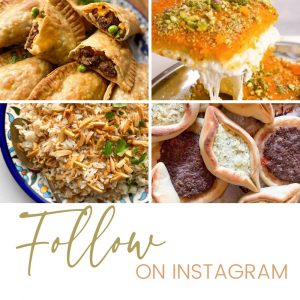 Hi! We use cookies to ensure that we give you the best experience on our website. If you continue to use this site, we will assume that you are happy with it.
Privacy SettingsOkay!
Manage consent

This website uses cookies to improve your experience while you navigate through the website. Out of these cookies, the cookies that are categorized as necessary are stored on your browser as they are essential for the working of basic functionalities of the website. We also use third-party cookies that help us analyze and understand how you use this website. These cookies will be stored in your browser only with your consent. You also have the option to opt-out of these cookies. But opting out of some of these cookies may have an effect on your browsing experience.
Necessary Always Enabled
Necessary cookies are absolutely essential for the website to function properly. These cookies ensure basic functionalities and security features of the website, anonymously.
Functional
Functional cookies help to perform certain functionalities like sharing the content of the website on social media platforms, collect feedbacks, and other third-party features.
Performance
Performance cookies are used to understand and analyze the key performance indexes of the website which helps in delivering a better user experience for the visitors.
Analytics
Analytical cookies are used to understand how visitors interact with the website. These cookies help provide information on metrics the number of visitors, bounce rate, traffic source, etc.
Advertisement
Advertisement cookies are used to provide visitors with relevant ads and marketing campaigns. These cookies track visitors across websites and collect information to provide customized ads.
Others
Other uncategorized cookies are those that are being analyzed and have not been classified into a category as yet.
Save & Accept